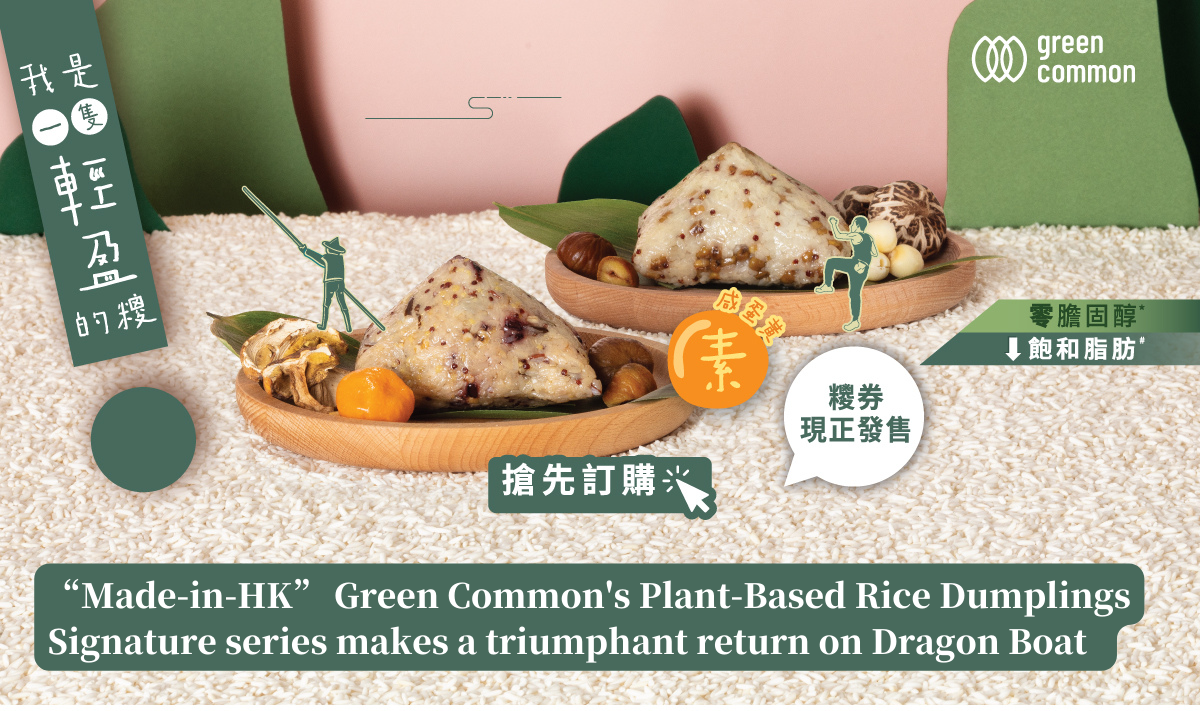 To celebrate Dragon Boat Festival, Green Common’s beloved classics OmniPork Strip Rice Dumpling with Porcini & Vegan Salted Egg and OmniPork Rice Dumpling with Quinoa are back in full force. With an improved formula this year, the signature rice dumplings series is even lighter, healthier and delectable than before. 100% Made in Hong Kong from the manufacturing to packaging process, they are perfect for your friends and family to indulge over the occasion.

The new version of OmniPork Strip Rice Dumpling with Porcini & Vegan Salted Egg and OmniPork Rice Dumpling with Quinoa are guiltless indulgence in every bite. Made with plant-based ingredients, they are replacing real meat with OmniPork and OmniPork Strip. Compared with traditional savoury rice dumplings, both creations are 85% lower in saturated fat*, which contains 0g trans fat and 0mg cholesterol with no added MSG and no added preservatives. Green Common Plant-Based Rice Dumplings will hit the shelves starting from 16 May, while online pre-order is available now via Green Common eShop.

Starting from today until 31 May, purchase Green Common’s retail cash vouchers at stores or eShop to enjoy “Buy $800 Get $200” and “Buy $450 Get $50” special offers, which are applicable for purchase of any festive products, while stocks last. 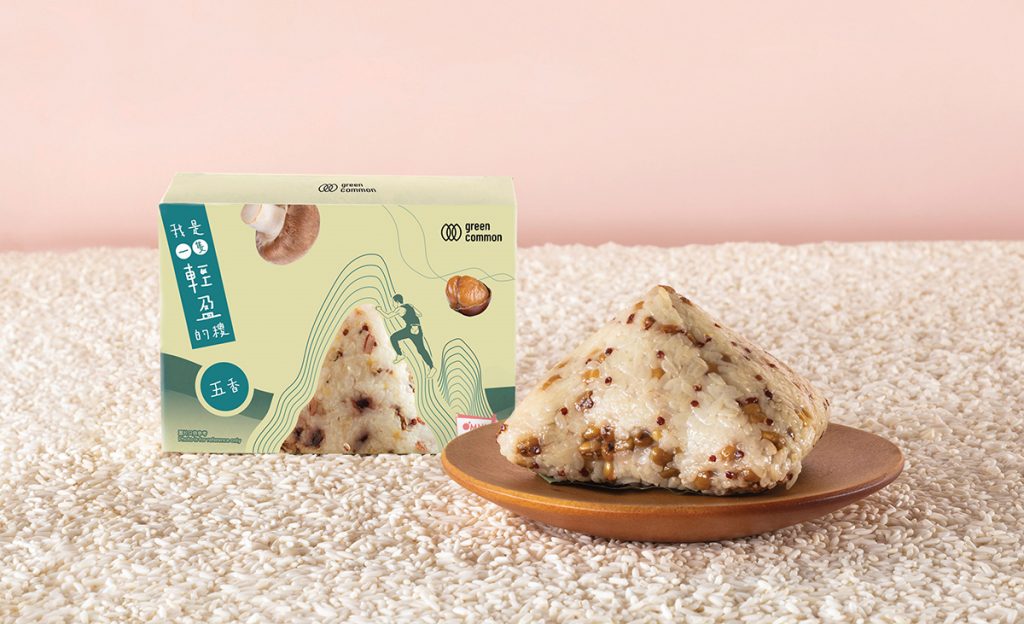 Replacing classic savoury rice dumpling’s pork belly with low-fat OmniPork, OmniPork Rice Dumpling with Quinoa is a nourishing option without compromising on taste. An envelope of flavours, it is seasoned with five-spice powder and natural seasonings. With a mix of glutinous rice, mung bean and red quinoa, the rice dumpling incorporates OmniPork, chestnut, shiitake mushroom and lotus seeds. Every bite encompasses delightful chewiness with rich flavours and aromas. 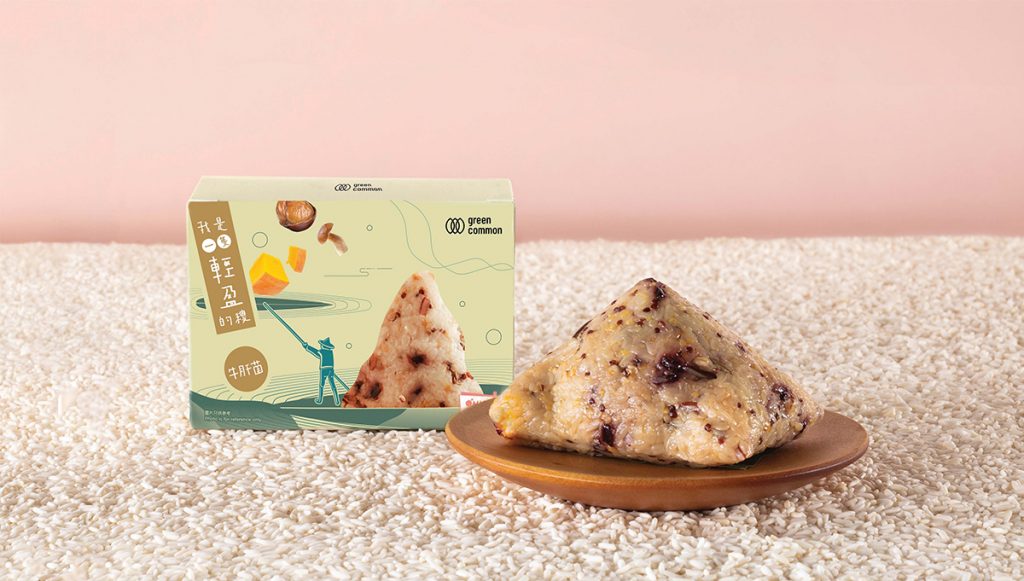 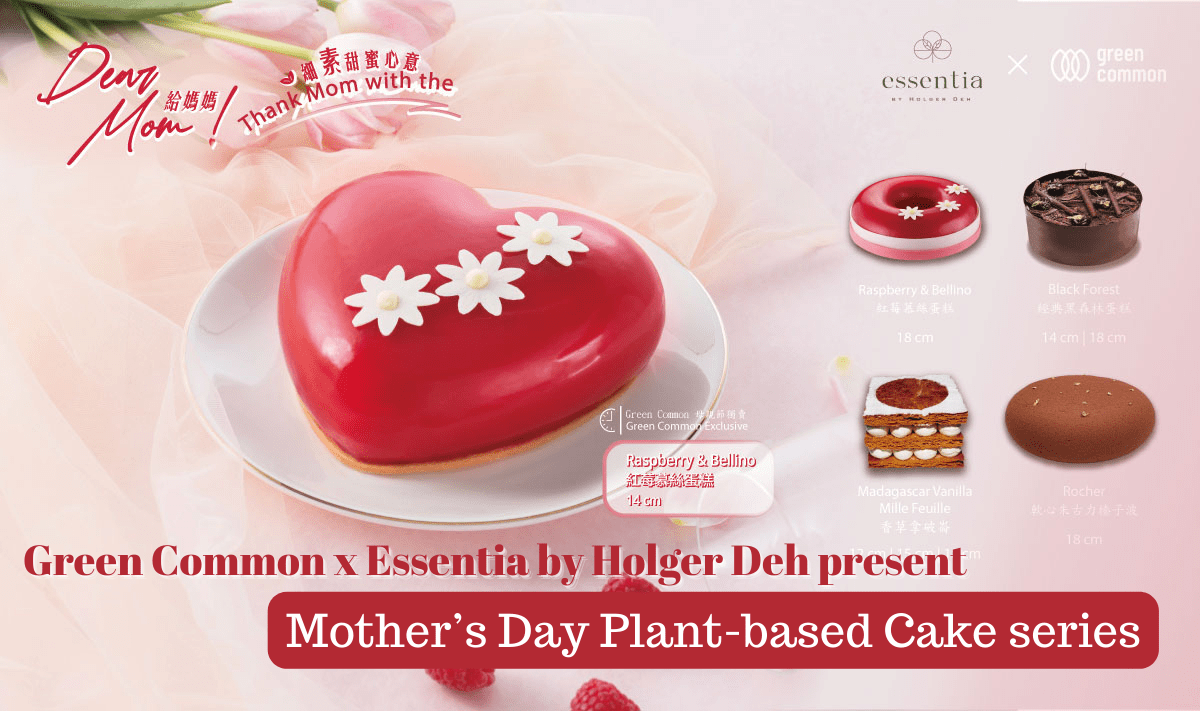 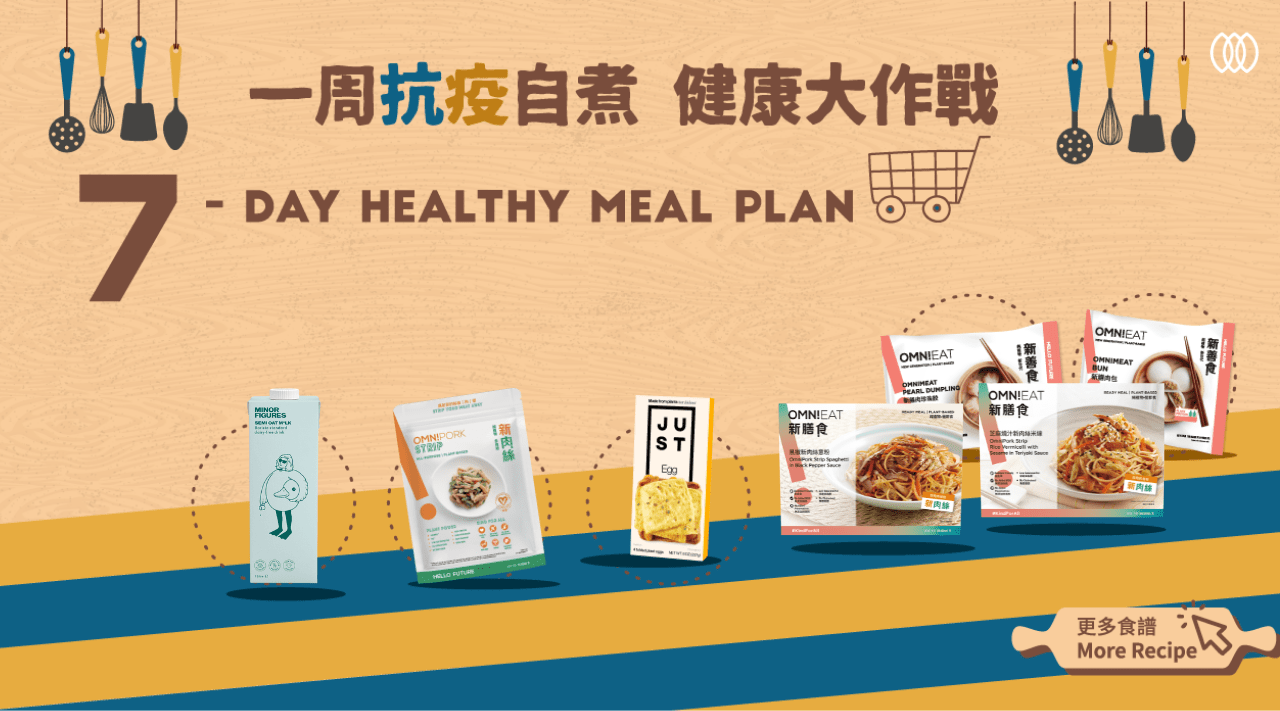 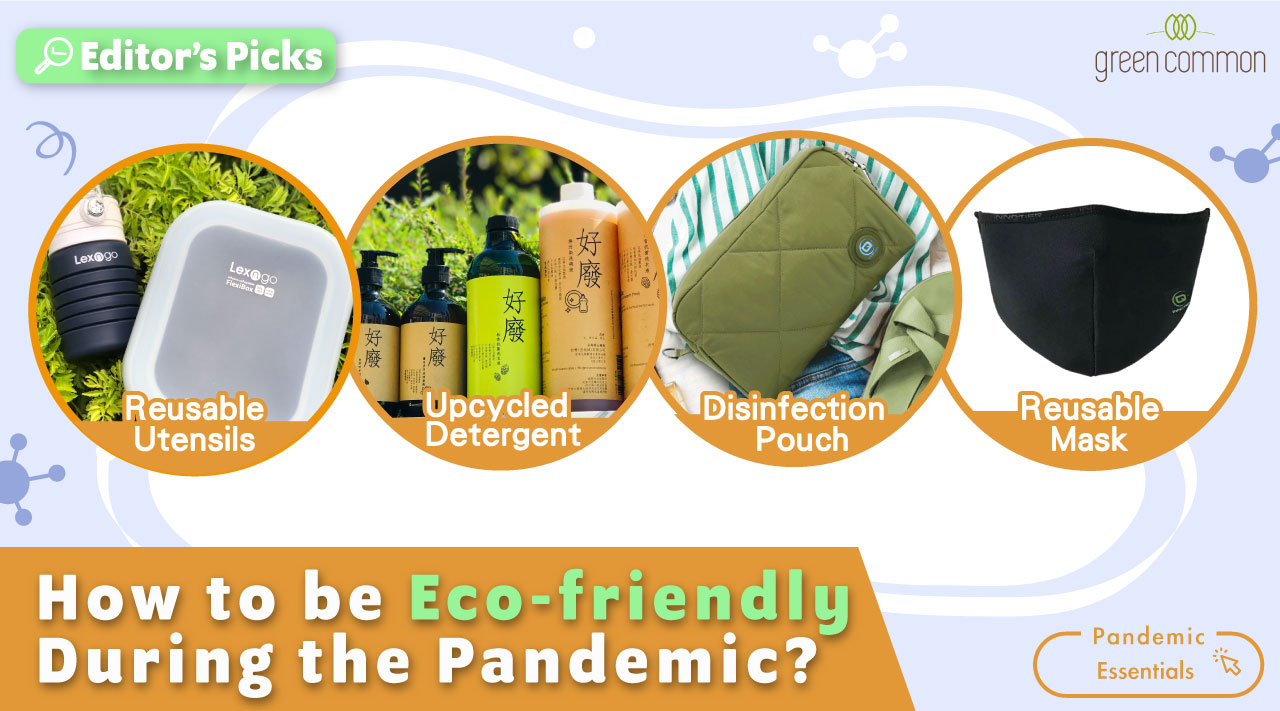 【Pandemic Essentials】How to be Eco-friendly During the Pandemic?

Stay Healthy with these Hassle-free and Nutritious Meals

5 Superfoods to Boost Your Immune System During the Pandemic 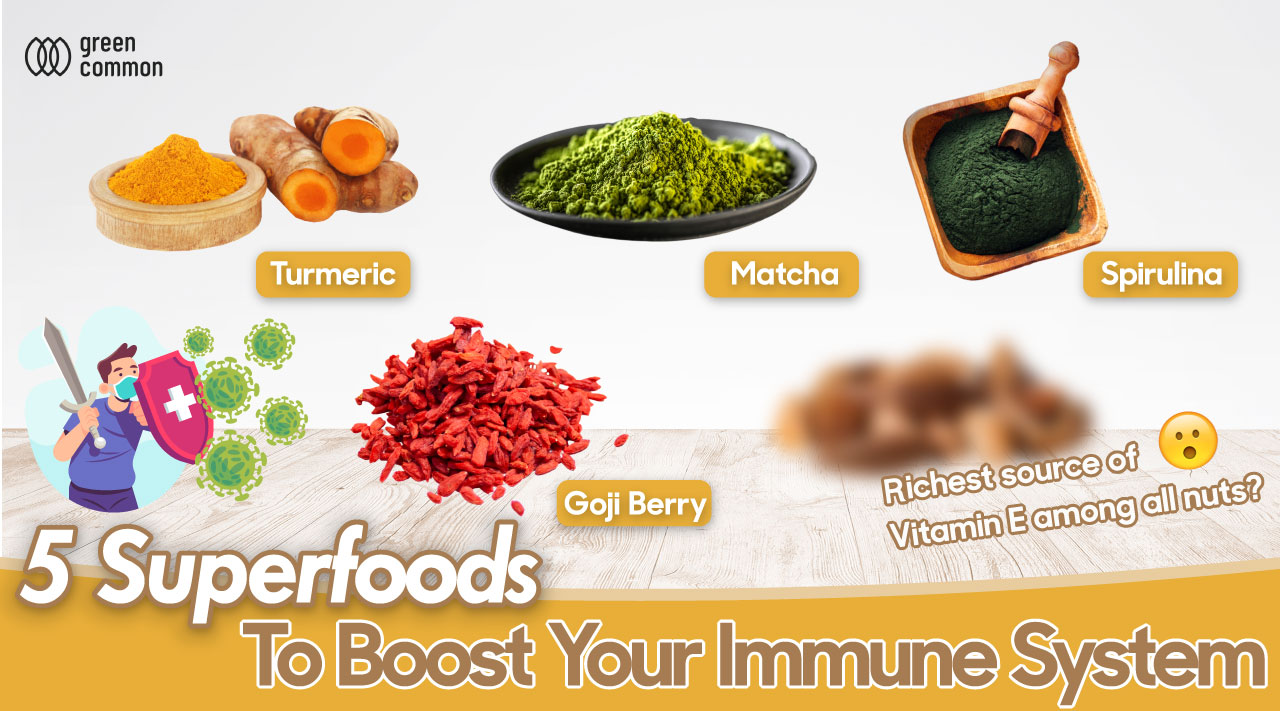 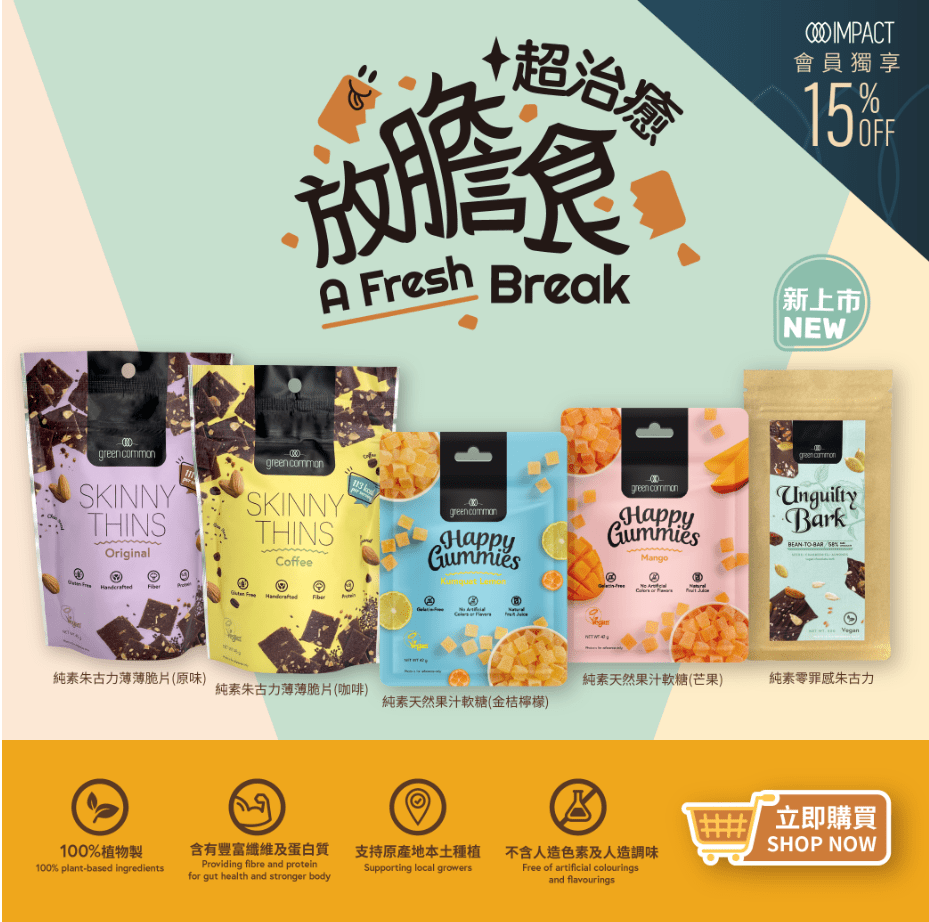